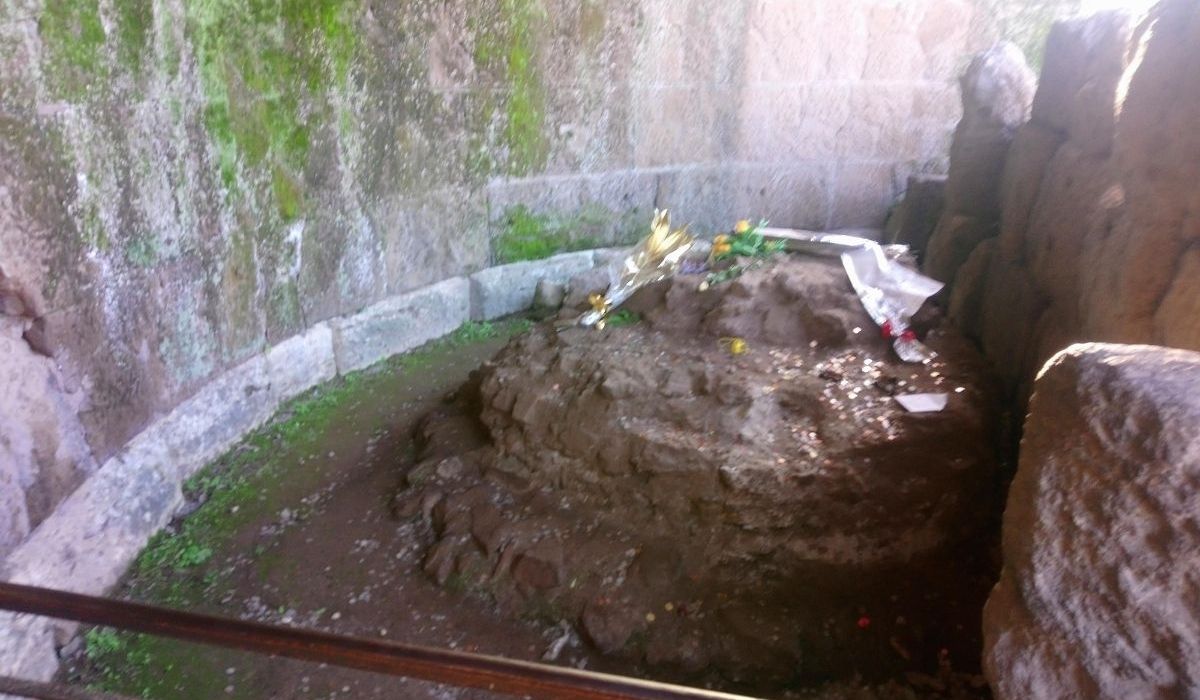 The Julius Caesar Grave in Rome: All You Want to Know

Want to visit Julius Caesar grave while in Rome? In this post, we are going to show you how.

This powerful general ruled as a dictator over Rome for only 5 years before being assassinated. But his legacy was strong – he was a pivotal factor in the fall of the Roman Republic, which led eventually to the Roman Empire.

His power grew as he climbed up the political ladder of the Roman republic, thanks to a series of military victories that helped grow the territory. Eventually, he took Rome and consolidated his power entirely.

How did Julius Caesar Die?

In 44 BC Julius Caesar was holding a senate meeting when he was assassinated. He was stabbed 23 times.

The assassination was orchestrated by over 60 senators, who were concerned about his grip on power and the danger it caused to the Roman Republic. He died in the Theater of Pompey where the meeting was being held.

What Happened to Julius Caesar's Body After His Death?

The conspirators ran away, and eventually three slaves lifted the body and removed it. Legend has it that people took pity on the body and gave him a proper send off as was custom at the time.

Where is Julius Caesar Buried?

As was typical back then, the body was cremated, so there was no Julius Caesar burial per se. . The cremation was held in the Roman Forum.

A funeral pyre was erected, and Marc Anthony led the proceedings. As he was cremated there is no tomb as such. People continue to leave flowers and other trinkets on the cremation site beside the ruins of the Temple of Caesar.

Are There Julius Caesar Grave Inscriptions

There are no specific grave inscriptions on the Julius Caesar resting place.

This is common with several historical sites in Italy. In fact, as the spot is located behind a little wall in the Roman Forum you might even miss it if you don’t look specifically. There is also no Julius Caesar grave stone.

3 Facts About The Temple of Julius Caesar Roman Forum

What Happened after Caesar's Death?

After Caesar's death the general population were enraged – anger grew towards those who had assassinated him. Eventually, Julius Caesar's grandnephew Octavian became the new leader.

Do You Need Tickets for Visit?

General tickets for access to the Roman Forum are required to see the cremation site of Julius Caesar. To get prepared, check out the full guide right here.

As well as booking in advance, planning your visit for off-peak hours can also make your trip much more enjoyable.

During peak Roman Forum hours (late morning and early afternoon), the Colosseum and Forum area can become incredibly busy, especially during high season, so try to plan your visit for early morning or late afternoon if you want to avoid the crowds.

How to Get to Julius Caesar Grave Site Location

Within the Roman Forum it is quite hard to find.

Head to the Temple of Vesta and look for a little roof made of metal. The remains of the temple (and the cremation spot) are just behind a little wall.

Three Hotels Near the Temple of Caesar

Looking for a hotel close to the Roman Forum?

Then look no further then these three splendid examples:

How many years ago did Julius Caesar die?

Julius Caesar was assassinated in 44 BC. That’s over 2065 years ago!

What does the grave of Julius Caesar look like?

Unfortunately, the tomb of Caesar doesn’t look like much. That’s because there isn’t one. There is a spot however where people leave flowers - it is believed to be the spot on which Julius Caesar was cremated.

Where is Caesar buried?

You can find the final resting place of Julius Caesar in the Roman Forum.

Why did Julius Caesar weep at Alexander's grave?

It is believed that Julius Caesar, when he visited Alexander’s grave, not because he mourned him, but because he had achieved more than Julius at the same age.

The resting place of Julius Caesar is just one of the many things that can be seen at the Roman Forum and the Colosseum.

Check out all of the great resources on the rest of this site, including information for skip-the-line tickets so you can best plan your trip.