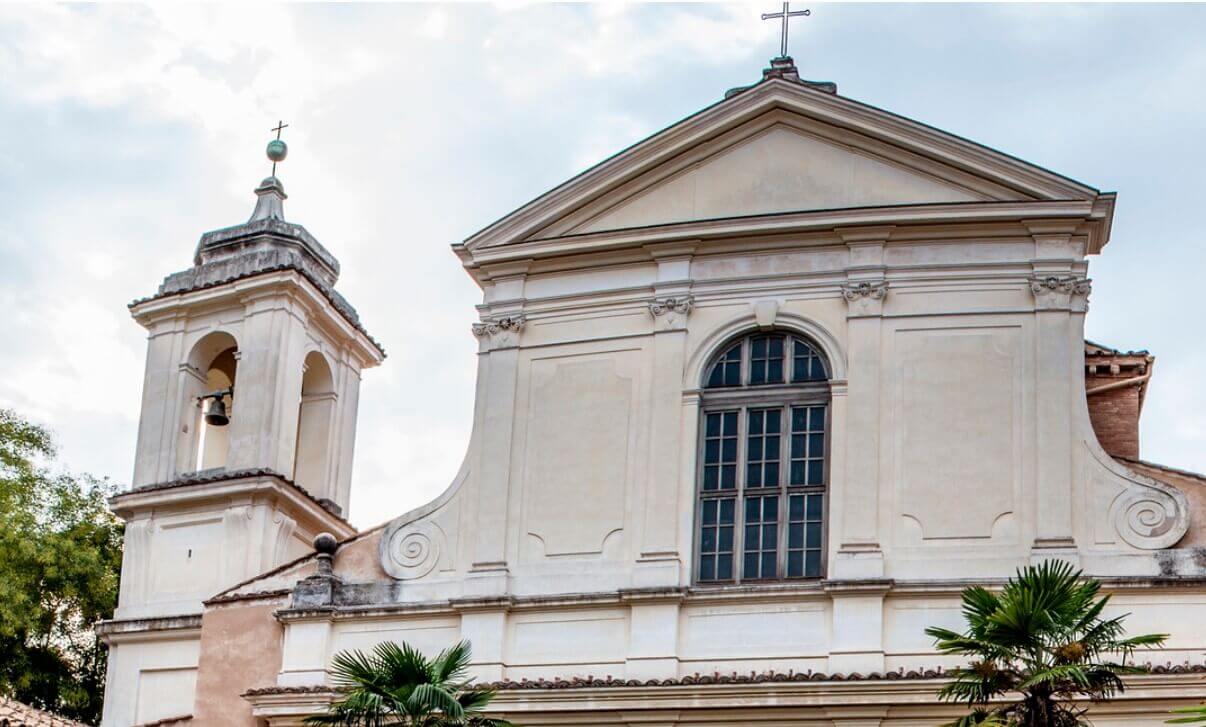 Basilica di San Clemente: All about Catholic Church in Rome

Officially known as the Basilica di San Clemente al Laterano, this basilica is located near the Colosseum. Like many great historic buildings in Rome, the church finds itself built on ruins – in fact, the Basilica of St Clement is built on not one but two sets of ruins!

Originally a domestic home to which Christians came to worship in secret in the first century, the basilica became legitimised as a church in the 6th century AD.

As a result the spot is a mish mash of history, from what scholars believe used to be the Imperial Mint of Rome through to a shrine to the Cult of Mithras, to the church known today as the San Clemente Basilica.

Why Is It worth Visiting the San Clemente Catholic Church?

Quite simply put, despite looking utterly unimposing from outside (a boring wall hides the church, and the information plaque is equally uninspiring) the Basilica San Clemente underground treasures are some of Rome’s most important sites.

Not only is the church itself beautiful – containing a wonderful golden mosaic dome and ancient frescoes – but the structure itself hides so much history. In fact, the layers to the San Clemente basically walk you through the entire history of Rome in one visit! From the pagan origins, the great fire of 64AD and the persecution of Christians, to Christianity becoming centre stage, it is truly remarkable.

Here are some of the key facts about the St Clement of Rome Church:

The San Clemente Rome Mosaic is worth seeing during your visit. The golden apse mosaic is thought to be one of Rome’s first created in over 200 years. Simply stunning, it dominates the church and depicts many scenes from Christianity.

Tips – If you look below your feet you can also see remains of early Christian mosaics on the floor too, as well as frescoes.

A Look into the Basilica San Clemente Underground

The excavations 100 feet below ground were only discovered in the mid 19th century when a flood led to an Irish priest uncovering the ruins. The fourth century basilica, the ruins of the pagan temple and the underground spring are amongst the attractions that can be witnessed when you go for an underground tour.

What Time Is Mass in the San Clemente Church

As with all the churches in Rome, be sure to dress respectfully. Make sure knees are covered, as well as shoulders and chest. This goes for both men and women. And whilst not expressly prohibited, offensive slogans on t shirts or tattoos should be covered during the visit out of respect.

How and Where to Get Basilica San Clemente Tickets

The church itself is free to visit – including the golden mosaic in the nave. The underground excavations are €10 for adults and €5 for students. Children under 16 receive free entry. If you want to get your tickets in advance, get them here.

Between Monday and Saturday you can visit the underground excavations between 9am to 12.30pm and then again from 3pm to 6pm. On Sundays and bank holidays, they are only open between 12.15pm and 6pm.

How to Get There

The Basilica San Clemente is located on the Via Labicana 95. You can take tram 8 or 3 to Labicana. If you prefer the metro, then the Colosseo station on line B is just a 10 minute walk away.

When was the Basilica of San Clemente built?

The current Basilica was finished in the 12th century.

The church was commissioned in memory of Pope San Clemente. Apparently Saint Clement met an untimely death. Cardinal Anastasius commissioned the building of the second building that we know today.

How much time do I need to visit San Clemente Basilica?

You should leave one hour to see both the church and the underground exhibitions. You may require less time if you are seeing it yourself. But because of the history within the site it really is recommended to do a tour so you don’t miss anything.

The Basilica of Saint Clement is a lesser known gem in Rome that you should definitely visit if you have the time. Then, you’ll be right beside the Colosseum so you can continue your tours there. You can even get skip the line tickets to avoid the crowds in peak season!